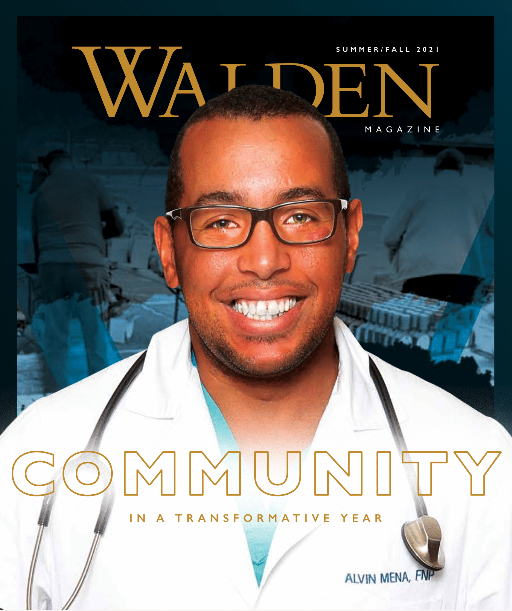 Journey of the Heart

Discover how one Walden graduate is sharing his second chance with underserved communities.

Dr. Alvin Mena Cantero knows what it’s like to begin again—to rebuild a life from the ground up.

His personal history goes a long way toward explaining why the nurse practitioner and founder of a nonprofit clinic in Houston is so driven. When there is a need, Cantero is there—working long hours, caring for patients in underserved communities, paying back and paying forward.

“I understand what it’s like to struggle with language and culture and have to start all over in a strange place,” he says. “I’m a refugee myself.”

Cantero’s story is a tale of a long journey with an inspiring ending. It began in his native Cuba where he earned his MD, eventually joining other Cuban physicians in a state-sponsored healthcare contract between Cuba and Venezuela. He had not been supportive of the Cuban political system and was disheartened to find more of the same corruption in Venezuela. It was there he decided he would make his break.

“We were watched by the Venezuelan government, and were only allowed to treat patients sympathetic to the country’s leaders,” he recalls. “I had to escape. I’d taken the Hippocratic oath. I was bound to treat everyone, no matter what their politics or race or religion.”

While attempting to get to the U.S., Cantero was detained and placed in a holding cell at the Caracas airport by Venezuelan officials, who destroyed his plane ticket and passport. He was later helped by friends and relatives to escape Venezuela, enduring a two-day bus ride to the U.S. embassy in Colombia. He would finally arrive in Miami.

Making the most of a second opportunity

From Miami, Cantero was sent to Houston, where healthcare workers were needed to serve the city’s large Hispanic population. There, in the American Southwest, he finally got the opportunity to pursue his passion for treating patients, regardless of their backgrounds or circumstances. But there was one hitch: his credentials.

Once in Texas, he discovered that obtaining the same MD designation he had earned in Cuba would be both difficult and expensive. Anxious to return to healthcare and start giving back to his new country, he instead decided to earn a nursing degree. He followed that with a Master of Science in Nursing (MSN) and Doctor of Nursing Practice (DNP) at Walden.

In 2016, he founded Alvin Clinica Familiar, a Houston healthcare clinic that now serves as the anchor for his healthcare and social change efforts. As Houston has struggled through various challenges, Cantero has been there with a helping hand. Throughout the COVID-19 pandemic, he worked at both the clinic and a local Houston hospital, putting in 14- to 16-hour days, treating up to 350 patients per week through telehealth and telemedicine and providing free office visits to those who needed it.

In addition to providing healthcare, he has worked to engage local food banks, the YMCA, federal agencies, and community leaders to help provide support to the community. 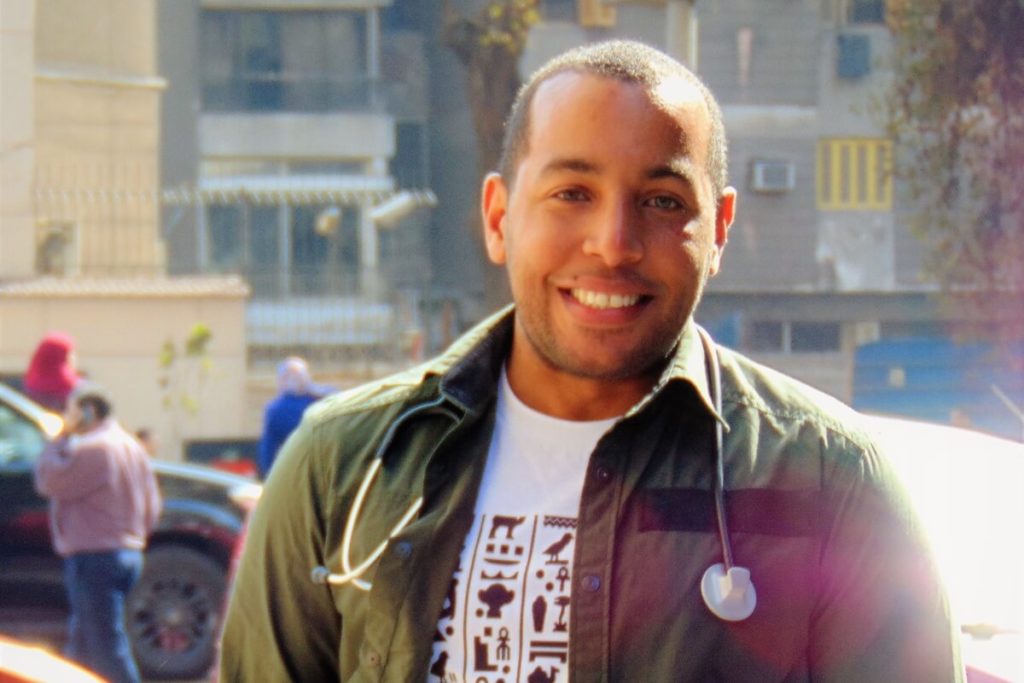 Last February when a severe deep freeze hit Texas, shutting down power and water to millions, he was there as well, distributing blankets, water, food, and other life-sustaining items to help local families through the extreme days. Donations from local businesses and Walden’s Center for Social Change helped Cantero purchase the vital supplies.

“Houston is such a unique and special place,” he says. “It’s diverse and welcoming to everyone. It feels like home for all the visitors and people from other countries who come here and are willing to work hard and grow up. I know from personal experience.”

Cantero has made the most of his second chance, both as a healthcare professional and a student. In 2018, he was selected as a LEAD Top Future Leader (35 & under) by HR.com and named a Rising Star as part of the Houston Business Journal’s Health Care Heroes awards. In 2019, he received an America’s Top Nurse Practitioner Award from Point of Care Network. Most recently, he was named Walden’s 2021 Outstanding Alumni Award winner by a unanimous vote.

“Walden was perfect for me,” he says. “It has one of the most inclusive and empathic social change missions ever. It’s ahead of its time for global issues and providing tools to correct and engage community leaders to deliver a unique message. I most admire most Walden’s continuous innovation and engagement in social problems and diversity. It means we all have a second opportunity.”

He was nominated by fellow Walden graduate Sandra Deckard ’18, MSN, whose essay about Cantero captured the uniqueness of his contributions.

Despite all of his awards and recognitions, Cantero says his biggest accomplishment has been gaining the trust of patients and students, and being able to practice as a healthcare provider again.

“I remember a family from Mexico who came to our clinic for a health issue recently, and they’d been thrown out of the place they’d been living and had nowhere to go,” he recalls. “We got them together with a group that could provide them with shelter. It was a perfect example of the kind of challenges these underserved groups face every single day—and a perfect example of the gratitude I have to be able to help them.”

His next step in his journey of compassion, he says, will be working to expand his practice and perhaps pursue another advanced degree at Walden University.

“I want to encourage other foreign doctors and nurses that it’s possible to pursue your dreams with hard work and dedication,” he says. “I want to let them know that they are not alone.

“But most importantly,” he adds, “I want to encourage them to spread the mission of healthcare for underserved and immigrant populations, because we all deserve a second opportunity.”