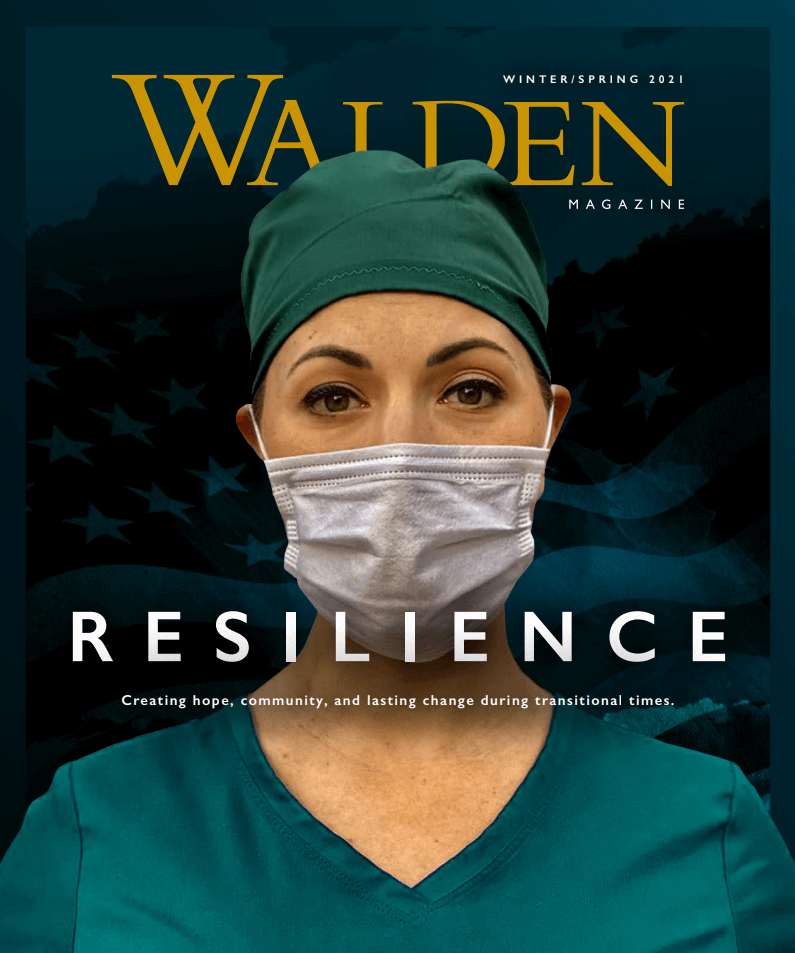 “If you work in the school, there’s a lot of kids that at 7:30 in the morning, they show up angry, like there’s something bothering them, something troubling them. And that’s just part of growing up in the communities that they grow up in,” says Walden graduate and current Doctor of Education (EdD) student Desmond Pittman.

“I see in their eyes a look of hopelessness, and that is something that bothers me, that keeps me up at night, and really fuels my mission to instill hope into the young generation. And there is no better way than education, because that is what became the light at the end of the tunnel for me.”

When Pittman started his teaching career 10 years ago in North Houston, many of his students—who were only a year or two younger than he was—had already been in and out of jail. He knew that if he wanted to make a difference in their lives, he would need some extra help. Then he won an Educator for a Day grant from Walden. 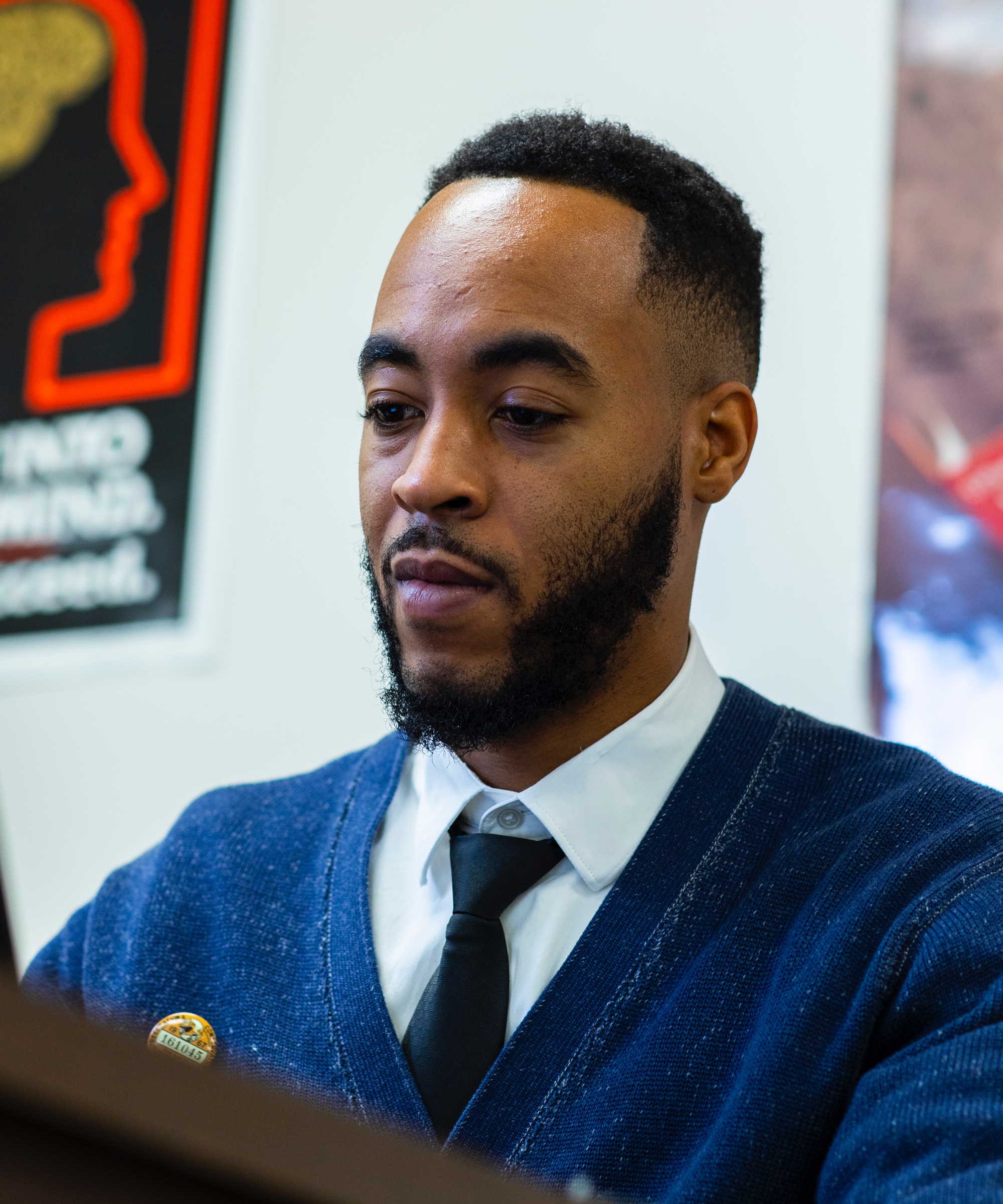 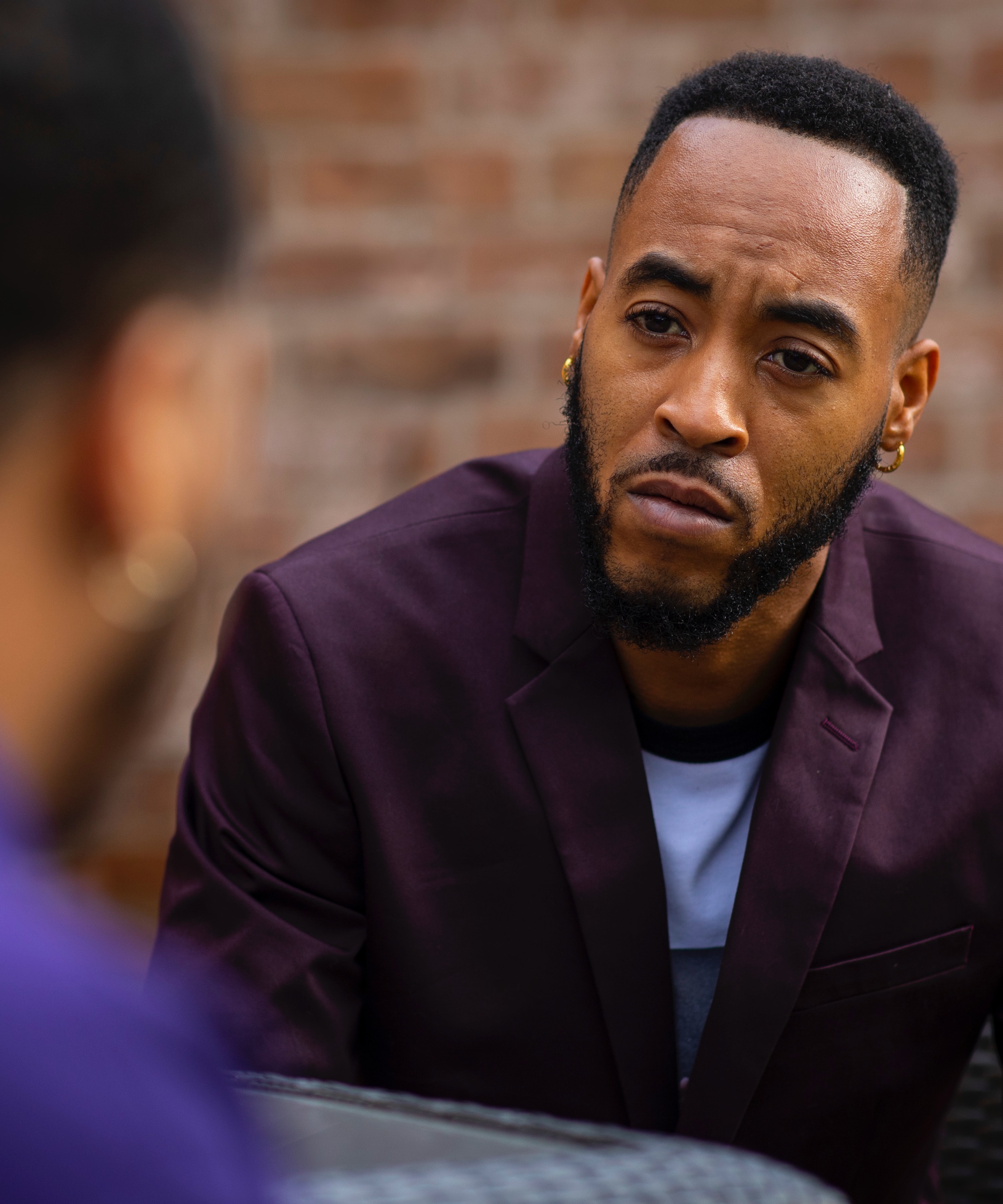 Armed with $5,000, he created a weekly mentoring program for his students that incorporated college visits and a trip to the African American Library at the Gregory School in Houston. He used the remaining funds to support his school’s “Man Up” campaign, counseling young men to manhood through determined decision-making.

“That $5,000 went a very, very long way,” he says, “and it was basically my springboard for everything else.”

Changing Lives, Including His Own

Even before receiving a grant from Walden, Pittman already had deep ties to the university, earning his MS in Education (MSEd) with a specialization in Special Education in 2012, as well as an Education Specialist (EdS) degree that prepared him for principal licensure. Now, he is working toward his EdD. By pursuing his own growth, he is gaining the knowledge and experience he needs to make a difference in the lives of his students, as well as exemplify what it means to be a Black leader.

“When I’m working with a lot of these kids, they remind me of myself growing up—how hard they are, how defensive they have to be,” he says, reflecting on his youth in the Lower 9th Ward of New Orleans, where he witnessed severe poverty and crime and little opportunity.

“I saw people who were willing to risk their life or take somebody else’s life for basically nothing,” he remembers. “It wasn’t anything that we created in the community—it was already waiting there for us. These communities give us three options: You’re going to rap or entertain, you’re going to sell drugs, or you’re going to play sports.”

While sports offered an outlet that helped keep him off the streets while his mom was at work, it was college that put him on a life-changing trajectory.

“Just having the opportunity, the space, is what really turned on the light that—hey, now is my chance. There’s no turning back. There’s no going back.”

When it comes to making a difference, Pittman knows that by lifting up his students on a daily basis, he has the opportunity to create a lasting effect in his community.

“Our most precious resource is the leadership of Black males in the community,” he says. “We want less criminals and more CEOs—bottom line—because everybody’s going to be affected by crime at some point or other. These kids are going to jail. Well, who’s paying to keep them in jail? The taxpayers. Everybody. It costs less to send them to college, so what are we really doing here?”

He has dedicated his every waking moment to disrupting and dismantling the prison pipelines of the Greenspoint, Cypress Station, and Northborough neighborhoods, whether he’s in the classroom or virtual meetings, on the streets, or putting in time at a local recreation center.

And even though COVID-19 has changed the way he and the community center operate, they’re still dedicated to achieving the same mission: helping the youth of North Houston grow and develop. Though the boxing and martial arts programs were suspended, mentoring has continued in every possible way—even by teaching young men how to tie a tie via Zoom.

“Through my education at Walden, I was able to climb to the highest of levels to understand, how can this be happening?” Pittman says. He credits his decision to attend Walden to the university’s commitment to social change, as well as the chance to directly apply what he learns in the Walden classroom to the challenges—and opportunities—of his community.

Through his work, he hopes to give his students the support they need to determine and define their own futures.